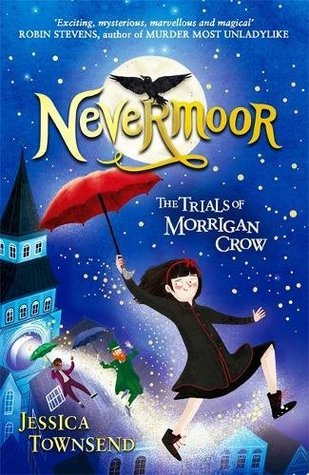 Omslagtekst:
Morrigan Crow is cursed. Having been born on Eventide, the unluckiest day for any child to be born, she’s blamed for all local misfortunes, from hailstorms to heart attacks–and, worst of all, the curse means that Morrigan is doomed to die at midnight on her eleventh birthday.

But as Morrigan awaits her fate, a strange and remarkable man named Jupiter North appears. Chased by black-smoke hounds and shadowy hunters on horseback, he whisks her away into the safety of a secret, magical city called Nevermoor.

It’s then that Morrigan discovers Jupiter has chosen her to contend for a place in the city’s most prestigious organization: the Wundrous Society. In order to join, she must compete in four difficult and dangerous trials against hundreds of other children, each boasting an extraordinary talent that sets them apart–an extraordinary talent that Morrigan insists she does not have. To stay in the safety of Nevermoor for good, Morrigan will need to find a way to pass the tests–or she’ll have to leave the city to confront her deadly fate.
END_OF_DOCUMENT_TOKEN_TO_BE_REPLACED

Omslagtekst:
On September 5, a little after midnight, Death-Cast calls Mateo Torrez and Rufus Emeterio to give them some bad news: They’re going to die today.

Mateo and Rufus are total strangers, but, for different reasons, they’re both looking to make a new friend on their End Day. The good news: There’s an app for that. It’s called the Last Friend, and through it, Rufus and Mateo are about to meet up for one last great adventure—to live a lifetime in a single day.
END_OF_DOCUMENT_TOKEN_TO_BE_REPLACED 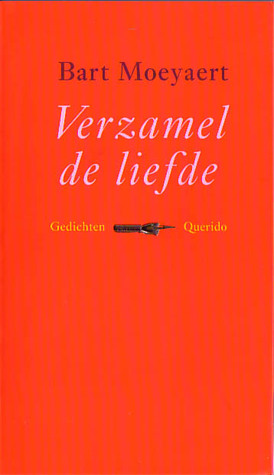 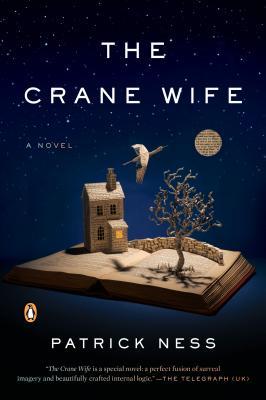 Omslagtekst:
George Duncan is an American living and working in London.  At forty-eight, he owns a small print shop, is divorced, and lonelier than he realizes.  All of the women with whom he has relationships eventually leave him for being too nice.  But one night he is woken by an astonishing sound—a terrific keening, which is coming from somewhere in his garden.  When he investigates he finds a great white crane, a bird taller than even himself.  It has been shot through the wing with an arrow.  Moved more than he can say, George struggles to take out the arrow from the bird’s wing, saving its life before it flies away into the night sky.

The next morning, a shaken George tries to go about his daily life, retreating to the back of his store and making cuttings from discarded books—a harmless, personal hobby—when through the front door of the shop a woman walks in.  Her name is Kumiko, and she asks George to help her with her own artwork.  George is dumbstruck by her beauty and her enigmatic nature, and begins to fall desperately in love with her.   She seems to hold the potential to change his entire life, if he could only get her to reveal the secret of who she is and why she has brought her artwork to him.

Witty, magical, and romantic, The Crane Wife is a story of passion and sacrifice, that resonates on the level of dream and myth.  It is a novel that celebrates the creative imagination, and the disruptive power of love.

END_OF_DOCUMENT_TOKEN_TO_BE_REPLACED

Omslagtekst:
Seventeen-year-old Alice and her mother have spent most of Alice’s life on the road, always a step ahead of the strange bad luck biting at their heels. But when Alice’s grandmother, the reclusive author of a book of pitch-dark fairy tales, dies alone on her estate – the Hazel Wood – Alice learns how bad her luck can really get. Her mother is stolen away – by a figure who claims to come from the cruel supernatural world where her grandmother’s stories are set. Alice’s only lead is the message her mother left behind: STAY AWAY FROM THE HAZEL WOOD.

To retrieve her mother, Alice must venture first to the Hazel Wood, then into the world where her grandmother’s tales began . . .
END_OF_DOCUMENT_TOKEN_TO_BE_REPLACED 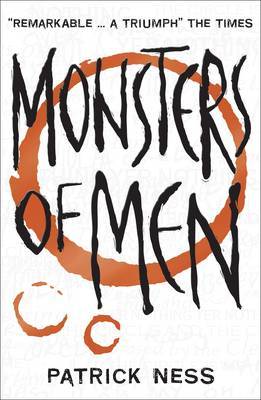 Omslagtekst:
Three armies march on New Prentisstown, each one intent on destroying the others. Todd and Viola are caught in the middle, with no chance of escape. As the battles commence, how can they hope to stop the fighting? How can there ever be peace when they’re so hopelessly outnumbered?
END_OF_DOCUMENT_TOKEN_TO_BE_REPLACED

Omslagtekst
HERE IS A SMALL FACT:
YOU ARE GOING TO DIE.
1939. Nazi Germany. The country is holding its breath. Death has never been busier.

Liesel, a nine-year-old girl, is living with her foster family on Himmel Street. Her parents have been taken away to a concentration camp. Liesel steals books. This is her story and the story of the inhabitants of her street when the bombs begin to fall.

SOME MORE IMPORTANT INFORMATION:
THIS NOVEL IS NARRATED BY DEATH.

It’s a small story, about:
a girl
an accordionist
some fanatical Germans
a Jewish fist fighter
and quite a lot of thievery.

ANOTHER THING YOU SHOULD KNOW:
DEATH WILL VISIT THE BOOK THIEF THREE TIMES.
END_OF_DOCUMENT_TOKEN_TO_BE_REPLACED

Omslagtekst:
Long before Alice fell down the rabbit hole…
And before the roses were painted red…
The Queen of Hearts was just a girl, in love for the first time.
END_OF_DOCUMENT_TOKEN_TO_BE_REPLACED 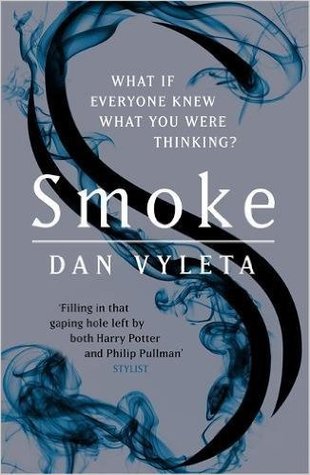 Omslagtekst:
Imagine a world in which every bad thought you had was made visible. Where anger, hatred and envy appeared as thick smoke pouring from your body and soot on your skin. With society controlled by an elite who have learned to tame their darkest desires. Thomas and Charlie are friends at a boarding school near Oxford, where the children of the rich and powerful are trained to be future leaders. Charlie is naturally good, but Thomas’s father was accused of murder and Thomas fears that the same evil lies coiled inside him. Then, on a trip to London – a forbidden city shrouded in darkness – they learn that all is not as it appears. So begins a quest to find the truth, and to learn what lies beneath this world of smoke, soot and ash…
END_OF_DOCUMENT_TOKEN_TO_BE_REPLACED