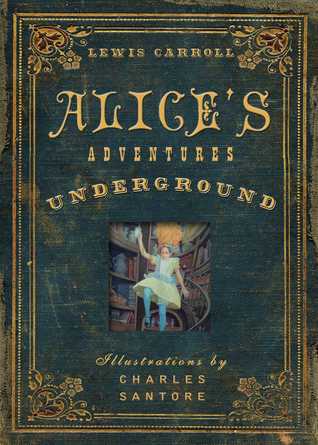 When Lewis Carroll first put pen to paper and wrote what would become Alice in Wonderland, he provisionally titled the story:Alice’s Adventures Under Ground & and accompanied the text with sketches to bring his story to life. Now, in honor of the 150th anniversary of the book’s first publication in 1865, we are publishing that original story, in a faithful and unabridged adaptation, under its original title. Like that first hand-written draft, this stunning new collector’s edition features never-before-seen drawings throughout the story by celebrated New York Times bestselling artist Charles Santore (The Wizard of Oz, The Night Before Christmas), and an introduction from the premier authority on children’s literature, Michael Patrick Hearn.
END_OF_DOCUMENT_TOKEN_TO_BE_REPLACED