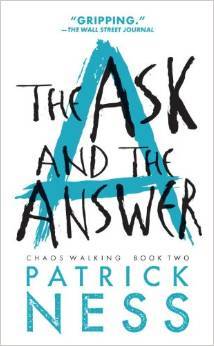 “The Ask and the Answer” is a tense, shocking and deeply moving novel of resistance under the most extreme pressure. This is the second title in the “Chaos Walking” trilogy.
END_OF_DOCUMENT_TOKEN_TO_BE_REPLACED