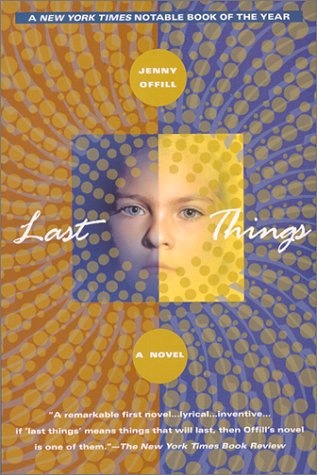 Omslagtekst:
Grace’s father believes in science and builds his daughter a dollhouse with lights that really work. Grace’s mother takes her skinny-dipping in the lake and teaches her about African hyena men who devour their wives in their sleep. Grace’s world, of fact and fiction, marvels and madness, is slowly unraveling because her family is coming apart before her eyes. Now eight-year-old Grace must choose between her two very different, very flawed parents, a choice that will take her on a dizzying journey, away from her home in Vermont to the boozy, flooded streets of New Orleans–and into the equally wondrous and frightening realm of her own imagination.