Omslagtekst:
Escape to the cosiest little lodge in Iceland for love, log fires and the Northern Lights…
With a shattered heart and her career completely in tatters, Lucy needs to get away from her life in the UK. But, when she takes a job as hotel manager of the Northern Lights Lodge, she doesn’t quite expect to find herself in a land of bubbling hot springs and snowflake-dusted glaciers – and in the company of gorgeous Scottish barman, Alex.

Determined to turn her life around, Lucy sets about making the lodge the number one romantic destination in Iceland – even though romance is the last thing she wants. However, as Alex and Lucy grow closer under the dancing lights of the aurora, Lucy might just learn how to fall in love again…

END_OF_DOCUMENT_TOKEN_TO_BE_REPLACED

Omslagtekst:
Icelandic folklore is rife with tales of elves and hidden people that inhabited hills and rocks in the landscape. But what do those elf stories really tell us about the Iceland of old and the people who lived there? In this book, author Alda Sigmundsd�ttir presents twenty translated elf stories from Icelandic folklore, along with fascinating notes on the context from which they sprung.The international media has had a particular infatuation with the Icelanders’ elf belief, generally using it to propagate some kind of “kooky Icelanders” myth. Yet Iceland’s elf folklore, at its core, reflects the plight of a nation living in abject poverty on the edge of the inhabitable world, and its people’s heroic efforts to survive, physically, emotionally and spiritually. That is what the stories of the elves, or hidden people, are really about.In a country that was, at times, virtually uninhabitable, where poverty was endemic and death and grief a part of daily life, the Icelanders nurtured a belief in a world that existed parallel to their own. This was the world of the hidden people, which more often than not was a projection of the most fervent dreams and desires of the human population. The hidden people lived inside hillocks, cliffs or boulders, very close to the abodes of the humans. Their homes were furnished with fine, sumptuous objects. Their clothes were luxurious, their adornments beautiful. Their livestock was better and fatter, their sheep yielded more wool than regular sheep, their crops were more bounteous. They even had supernatural powers: they could make themselves visible or invisible at will, and they could see the future. To the Icelanders, stories of elves and hidden people are an integral part of the cultural and psychological fabric of their nation. They are a part of their identity, a reflection of the struggles, hopes, resilience and endurance of their people. All this and more is the subject of this book.

END_OF_DOCUMENT_TOKEN_TO_BE_REPLACED 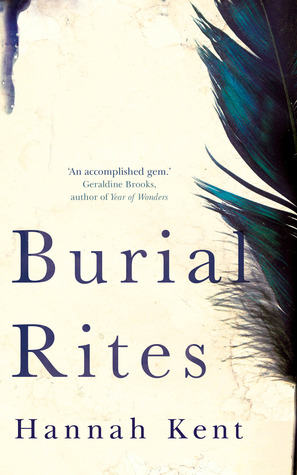 Hannah Kent makes real the saga of a doomed young woman who in the early nineteenth century became the last person to be publicly beheaded in Iceland. Rich with lyricism and startling in its revelations, Burial Rites evokes a dramatic existence in a distant time and place as it poses a heartbreaking question: How can one woman hope to endure when her life depends on the stories told by others? END_OF_DOCUMENT_TOKEN_TO_BE_REPLACED