Omslagtekst:
Wonderland is part of our cultural heritage – a shortcut for all that is beautiful and confusing; a metaphor used by artists, writers and politicians for 150 years.

But beneath the fairy tale lies the complex history of the author and his subject: of Charles Dodgson, the quiet academic, and his second self, Lewis Carroll – storyteller, innovator and avid collector of ‘child-friends’. And of his ‘dream-child’, Alice Liddell, and the fictional alter ego that would never let her grow up.

This is their secret story: a history of love and loss, of innocence and ambiguity, and of one man’s need to make Wonderland his refuge in a rapidly changing world.

Drawing on previously unpublished material, Robert Douglas-Fairhurst traces the creation and influence of the Alice books against a shifting cultural landscape – the birth of photography, changing definitions of childhood and sexuality and the tensions inherent in the transition between the Victorian and modern worlds.

END_OF_DOCUMENT_TOKEN_TO_BE_REPLACED

Alexander von Humboldt (1769-1859) was an intrepid explorer and the most famous scientist of his age. His restless life was packed with adventure and discovery, but his most revolutionary idea was a radical vision of nature as a complex and interconnected global force that does not exist for the use of humankind alone. His theories and ideas were profoundly influenced by a five-year exploration of South America. Now Andrea Wulf partners with artist Lillian Melcher to bring this daring expedition to life, complete with excerpts from Humboldt’s own diaries, atlases, and publications. She gives us an intimate portrait of the man who predicted human-induced climate change, fashioned poetic narrative out of scientific observation, and influenced iconic figures such as Simón Bolívar, Thomas Jefferson, Charles Darwin, and John Muir. This gorgeous account of the expedition not only shows how Humboldt honed his groundbreaking understanding of the natural world but also illuminates the man and his passions.

END_OF_DOCUMENT_TOKEN_TO_BE_REPLACED

Omslagtekst:
Peter Mayle and his wife did what most of us only imagine doing when they made their long-cherished dream of a life abroad a reality: throwing caution to the wind, they bought a glorious two hundred year-old farmhouse in the Lubéron Valley and began a new life.

In a year that begins with a marathon lunch and continues with a host of gastronomic delights, they also survive the unexpected and often hilarious curiosities of rural life. From mastering the local accent and enduring invasion by bumbling builders, to discovering the finer points of boules and goat-racing, all the earthy pleasures of Provençal life are conjured up in this enchanting portrait.

END_OF_DOCUMENT_TOKEN_TO_BE_REPLACED

Samenvatting:
Tolkien explores the formative years of the orphaned author as he finds friendship, love and artistic inspiration among a group of fellow outcasts at school. This takes him into the outbreak of World War I, which threatens to tear the “fellowship” apart. All of these experiences would inspire Tolkien to write his famous Middle-Earth novels.
END_OF_DOCUMENT_TOKEN_TO_BE_REPLACED 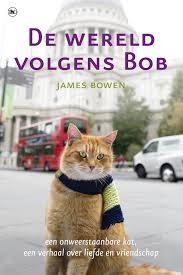