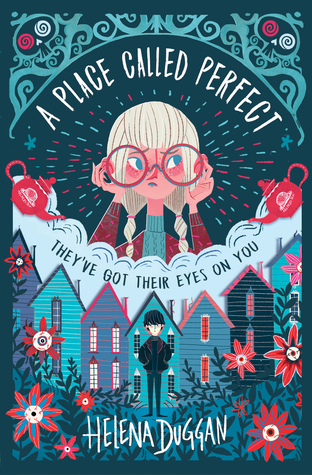 Who wants to live in a town where everyone has to wear glasses to stop them going blind? And who wants to be neat and tidy and perfectly behaved all the time?

But Violet quickly discovers there’s something weird going on – she keeps hearing noises in the night, her mum is acting strange and her dad has disappeared.

When she meets Boy she realizes that her dad is not the only person to have been stolen away…and that the mysterious Watchers are guarding a perfectly creepy secret!

Ella Harper is a survivor—a pragmatic optimist. She’s spent her whole life moving from town to town with her flighty mother, struggling to make ends meet and believing that someday she’ll climb out of the gutter. After her mother’s death, Ella is truly alone.

Until Callum Royal appears, plucking Ella out of poverty and tossing her into his posh mansion among his five sons who all hate her. Each Royal boy is more magnetic than the last, but none as captivating as Reed Royal, the boy who is determined to send her back to the slums she came from.
Reed doesn’t want her. He says she doesn’t belong with the Royals.
He might be right.

Wealth. Excess. Deception. It’s like nothing Ella has ever experienced, and if she’s going to survive her time in the Royal palace, she’ll need to learn to issue her own Royal decrees.

Rosamund Hodge – Cruel Beauty (#1)
Since birth, Nyx has been betrothed to the evil ruler of her kingdom-all because of a foolish bargain struck by her father. And since birth, she has been in training to kill him.

With no choice but to fulfill her duty, Nyx resents her family for never trying to save her and hates herself for wanting to escape her fate. Still, on her seventeenth birthday, Nyx abandons everything she’s ever known to marry the all-powerful, immortal Ignifex. Her plan? Seduce him, destroy his enchanted castle, and break the nine-hundred-year-old curse he put on her people.

But Ignifex is not at all what Nyx expected. The strangely charming lord beguiles her, and his castle—a shifting maze of magical rooms—enthralls her.

As Nyx searches for a way to free her homeland by uncovering Ignifex’s secrets, she finds herself unwillingly drawn to him. Even if she could bring herself to love her sworn enemy, how can she refuse her duty to kill him? With time running out, Nyx must decide what is more important: the future of her kingdom, or the man she was never supposed to love 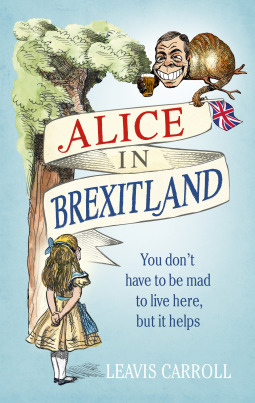 Lucien Young, Leavis Carroll – Alice in Brexitland
Lying on a riverbank on a lazy summer’s afternoon – 23rd June 2016, to be precise – Alice spots a flustered-looking white rabbit called Dave calling for a referendum. Following him down a rabbit-hole, she emerges into a strange new land, where up is down, black is white, experts are fools and fools are experts…

She meets such characters as the Corbynpillar, who sits on a toadstool smoking his hookah and being no help to anyone; Humpty Trumpty, perched on a wall he wants the Mexicans to pay for; the Cheshire Twat, who likes to disappear leaving only his grin, a pint, and the smell of scotch eggs remaining; and the terrifying Queen of Heartlessness, who’ll take off your head if you dare question her plan for Brexit. Will Alice ever be able to find anyone who speaks sense? 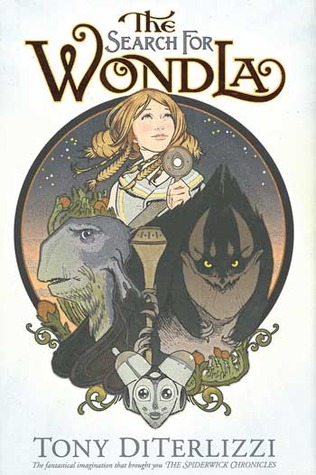 Tony Diterlizzi – The search for Wondla (#1)
Eva Nine is a curious and sensitive twelve-year-old who has existed only in a subterranean home called Sanctuary, cared for by a robot named Muthr. Eva’s great desire is to go aboveground, and her wish comes true, though not as she had imagined. On the surface, Eva goes in search of other humans–she has never met one–and soon meets both friend and foe.

One thought on “Judge a book by its cover”