Erin Summerill – Ever the hunted
(Clash of kingdoms #1)
Seventeen year-old Britta Flannery is at ease only in the woods with her dagger and bow. She spends her days tracking criminals alongside her father, the legendary bounty hunter for the King of Malam—that is, until her father is murdered. Now outcast and alone and having no rights to her father’s land or inheritance, she seeks refuge where she feels most safe: the Ever Woods. When Britta is caught poaching by the royal guard, instead of facing the noose she is offered a deal: her freedom in exchange for her father’s killer.

However, it’s not so simple.

The alleged killer is none other than Cohen McKay, her father’s former apprentice. The only friend she’s ever known. The boy she once loved who broke her heart. She must go on a dangerous quest in a world of warring kingdoms, mad kings, and dark magic to find the real killer. But Britta wields more power than she knows. And soon she will learn what has always made her different will make her a daunting and dangerous force.

Alwyn Hamilton – Rebel of the sands (#1)
Mortals rule the desert nation of Miraji, but mystical beasts still roam the wild and barren wastes, and rumor has it that somewhere, djinni still practice their magic. But there’s nothing mystical or magical about Dustwalk, the dead-end town that Amani can’t wait to escape from.

Destined to wind up “wed or dead,” Amani’s counting on her sharpshooting skills to get her out of Dustwalk. When she meets Jin, a mysterious and devastatingly handsome foreigner, in a shooting contest, she figures he’s the perfect escape route. But in all her years spent dreaming of leaving home, she never imagined she’d gallop away on a mythical horse, fleeing the murderous Sultan’s army, with a fugitive who’s wanted for treason. And she’d never have predicted she’d fall in love with him… or that he’d help her unlock the powerful truth of who she really is. 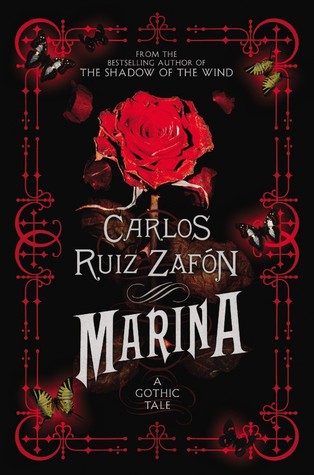 Carlos Ruiz Zafón – Marina
In May 1980, fifteen-year-old Oscar Drai suddenly vanishes from his barding school in Barcelona. For seven days and seven nights no one knows his whereabouts…

His story begins in an old quarter of the city, where he meets the strange Marina and her father, Germán Blau, a portrait painter. Marina takes Oscar to a cemetery to watch a macabre ritual that occurs on the last Sunday of each month. At exactly ten o’clock in the morning, a coach pulled by black horses appears. From it descends a woman, her face shrouded be a black velvet cloak. Holding a single rose, she walks to a gravestone that bears no name, only a mysterious emblem of a black butterfly with open wings.

When Oscar and Marina decide to follow her, they begin a journey that transports them to a forgotten, postwar Barcelona–a world of aristocrats and actresses, inventors and tycoons–and reveals a dark secret that lies waiting in the mysterious labyrinth beneath the city streets. 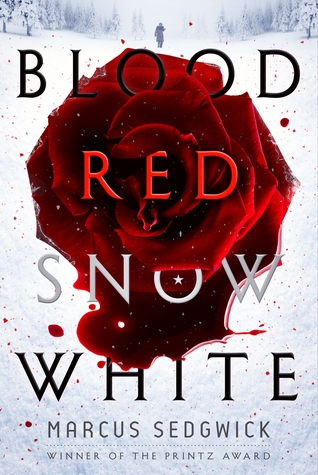 Marcus Sedgwick – Blood Red Snow White
When writer Arthur Ransome leaves his home in England and moves to Russia to work as a journalist, it is with little idea of the violent revolution about to erupt. Unwittingly, he finds himself at its center, tapped by the British to report back on the Bolsheviks even as he becomes dangerously romantically entangled with revolutionary leader Trotsky’s personal secretary. Both sides seek to use Arthur for their own purposes…and, as he struggles to find autonomy, both sides grow to suspect him of being a double agent. Arthur wants only to elope far from the conflict with his beloved. But when he attempts to extract himself and Evgenia from the complicated politics and politicians that he fears will lead them both to their deaths, the decisions he faces are the most dangerous and difficult of his life.

Katherine Arden – The Bear and the Nightingale
At the edge of the Russian wilderness, winter lasts most of the year and the snowdrifts grow taller than houses. But Vasilisa doesn’t mind—she spends the winter nights huddled around the embers of a fire with her beloved siblings, listening to her nurse’s fairy tales. Above all, she loves the chilling story of Frost, the blue-eyed winter demon, who appears in the frigid night to claim unwary souls. Wise Russians fear him, her nurse says, and honor the spirits of house and yard and forest that protect their homes from evil.

After Vasilisa’s mother dies, her father goes to Moscow and brings home a new wife. Fiercely devout, city-bred, Vasilisa’s new stepmother forbids her family from honoring the household spirits. The family acquiesces, but Vasilisa is frightened, sensing that more hinges upon their rituals than anyone knows.

And indeed, crops begin to fail, evil creatures of the forest creep nearer, and misfortune stalks the village. All the while, Vasilisa’s stepmother grows ever harsher in her determination to groom her rebellious stepdaughter for either marriage or confinement in a convent.

As danger circles, Vasilisa must defy even the people she loves and call on dangerous gifts she has long concealed—this, in order to protect her family from a threat that seems to have stepped from her nurse’s most frightening tales.